Who was Karel Englis? 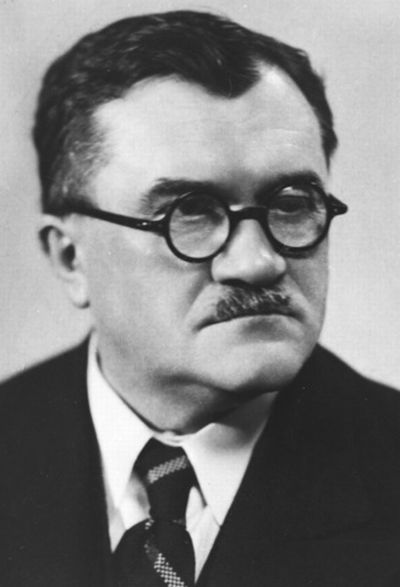 Prof. JUDr. Karel Englis (17 August 1880 – 15 June 1961) was a distinguished Czech economist and politician, as well as, the creator of the theological theory of economy.
After completing his school attendance at a grammar school (Gymnázium) in Opava, he went on to study at the faculty of law in Prague and he successfully completed his studies there. During the years 1913 – 1918 he was a politician of the Moravian Land Assembly (member of Adolf Stransky’s Progressive Party). From 1918 to 1925 he was a member of the National Democratic Party and in 1925 he became the co-founder of the National Labour Party. Together with Alois Rašín, he participated in the currency reform of post-war Czechoslovakia. During the years 1920 – 1931, he was a finance minister of six administrations and from 1934 to 1939, the governor of the Czechoslovak National Bank. Immediately after the Munich Agreement (1st October 1938), he initiated a transport of the remains of Karel Hynek Mácha from the town of Litoměřice to Prague because it was supposed to be taken over by Germany.
In 1919 he became the first rector of the newly founded Masaryk University in Brno and during 1947 – 1948 he was the rector of Charles University in Prague. After the Czechoslovak coup d'état of 1948 he resigned from all of his academic offices and was forced to retire from public life. In August 1952, Karel Englis received an official announcement that he had to leave Prague. He managed to obtain official consent that he could return to his home village, Hrabyně.In 1991 he was awarded by the President, Václav Havel at the time, in memoriam, the Order of Tomas Garrigue Masaryk for his outstanding credits for democracy and human rights.
﻿
Any question? Click here.